A made a couple of installations of Fedora 12 on several laptops and had decided to find the time to make this with my working laptop as soon it looked mature enough for the production mode (provided you get install packages from the network).

I also decided not to make a continuous story but write some brief statements in the regard of migrating form from FC11 to FC12.

DISCLAIMER
The below is my notes and impressions only. Do not use on your hardware, I bear no responsibility for your actions.

See Fedora 12 release and bugs notes for details.  I did not want to rely on ext3 to ext4 conversion and made a commitment towards attempting a clean install instead of upgrading on-line with the preupgrade utility. There were more reasons to do so of course.

When trying to boot from the install media, it wrote something like “Operating system is missing”. In the same time, the live KDE version was recognized and booted without problems. Both CDs were out of the same box, the images downloaded and burnt the same day using the same burner.

However, I was lucky to have a spare portable usb dvd burner by Philipps which did the whole trick. 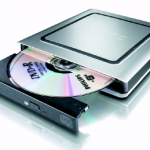 – The install was smooth, I did not have to use any kernel parameters in addition

Network (+wireless) worked out of the box.

My partitioning during the installation had the following custom setup:

I made the most minimalistic package choice possible with the highlight on all software development groups and the KDE environment.

Taking into the consideration my ADSL capabilities, the install took around 20-30 minutes to download and set up all of the chosen the packages.

Look here, I was using this page as the basis

KDE is now back. It is beautiful, man. And buggy. But beautiful. 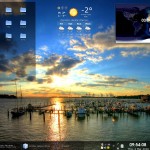 Installed additionally package kdebase-runtime-flags to see keyboard layout flags.
Set back Ctrl+Alt+Backspace to restart X server.
Configured KDM instead of GDM to manage user login.
Installed keepasx as main the password manager and basket as a mind trash can.

But before next reboot only!

I downloaded the driver from Nvidia site and installed it manually (NVIDIA-Linux-x86_64-190.53-pkg2.run).

Before using my way to setup skype, resolve its i686 dependencies:

I could not make skype produce sane click sounds in chat mode, 90% of all messages are silent.

– Migrate VirtualBox vdi images BEFORE migrating to a new system:

– Zend Studio 5.5.1 is gone because of lacking php 5.3 support, use Netbeans instead

But in case you still want to use it, append to your .bashrc:

This site uses Akismet to reduce spam. Learn how your comment data is processed.